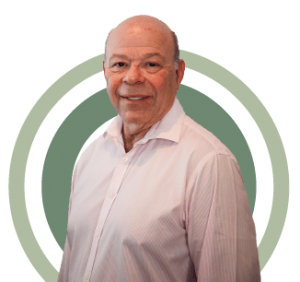 Dr George Druttman has over forty years of experience in private dentistry in four countries: UK, USA, Australia and Israel. He established a high-end City private practice CAP City Dental at 123 Cannon Street in London in 1998.

Prior to that he owned a similar practice in the City Centre of Sydney after completing his postgraduate specialist qualifications at NorthWestern University, Chicago.

George is a third-generation dentist: his grandmother was one of very few European female dentists at the turn of 20th century; his farther practiced dentistry in West London for many years and his brother is a specialist Endodontist in the West End of London.

Dr George Druttman is a GDC registered specialist in Prosthodontics (Reconstructive Dentistry). He practices this specialty within the context of operating CAP City Dental as General dental care practice.

He has over 40 years of international experience having carried wide variety of treatments from the very simplest to many complex extensive full reconstructions. Additionally, he has carried out hundreds of cosmetic smile makeovers.

Aesthetics has been a passion and focus for very many years, with the emphasis on natural beauty.

Smile correction, improvement or restoration encompasses a very wide range of treatments. This can range from some very minor reshaping of a tooth or two all the way to a full porcelain mouth reconstruction. In many cases there are choices of tooth coloured materials and the best one selected from each patients individual, clinical, psychological and often, financial needs.

Recognising very early on the massive importance of dental anxiety in a huge number of people, his overriding concern has always been to eliminate any pain and indeed, the fear of dentistry (that keeps so many people away from accepting or even seeking treatment ). He is believing that he can even create a positive experience for his patients. In addition to taking time with patients, he has over thirty years experience of providing patients with relaxing gas ( Nitrous Oxide & Oxygen ) combined with their choice of appropriate noise cancelling headphone music.

This very common ‘self destructive ‘ habit , often unrecognised by dentists and patients alike . Dr Druttman completed his specialty thesis in the USA on this subject and so naturally has become very expert in this field .

(All qualifications accepted and regsistered as such by the General Dental Council, UK).