Are you a nervous dental patient?

Does the thought of a dental visit make you break out in a sweat, hyperventilate, and make your heart race?  Here are a few facts: 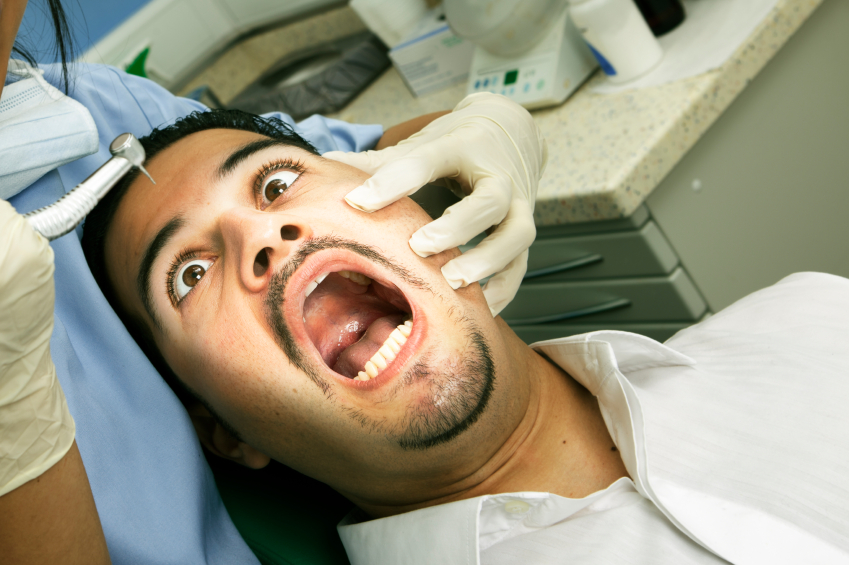 I have a patient who is very intelligent, highly educated and reached the top of his chosen career.  When he first came to me his teeth were a mess. He was in such a high state of anxiety when he lay in the dental chair , even before I got within a foot of him that he was like a coiled spring -ready to jump up and run out of the surgery and he almost did! We gave him the relaxing gas and Leonard Cohen in some high quality, noise cancelling headphones. Gradually he relaxed more and more.  It took a bit of time; all the while his teeth got fixed. He may not look forward to his dental appointments but he is comfortable with his dental treatment; he likes his teeth and his smile, he cares more and he comes regularly every six months. He still has the relaxing gas and he always asks for Leonard Cohen! Why was he initially so fearful?  It was memories of dental pain when he was a kid in England in the 1950’s!

So, if you are plain scared, understand there is always a reason.  It is a ‘learned’ response, almost always resulting from one or more previous traumatic dental experiences, often in childhood. In some cases, time and imagination can magnify the memory of such experiences until they are genuinely remembered as far worse than they ever really were. But what is really important, is that whatever the reason: fear of going to the dentist can become the primary cause of dental problems, damage, pain and embarrassment.

Why? Because nervous dental patients avoid going to the dentist until the problem overrides the avoidance of dealing with it. However, with time and patience, the dental anxiety was originally ‘learned’ it can be ‘unlearned’.

So what techniques are available to make that dental experience an acceptable and, dare I say it, even at times enjoyable one? Enjoyable (I hear you say … you must be joking!) In the next few blogs we will explore various techniques teaching people not to fear dentistry, starting today with the remarkably effective and particularly suitable for dental patients option – Relaxing Gas.

Through a small nose piece, the patient breathes a combination of Nitrous Oxide and Oxygen; the latter in a concentration of never less that 50% more than there is in our normal atmosphere, which makes it particularly safe! This gas is breathed in and out through the nosepiece. After a minute or two, there is a floating, detached, relaxed and quite ‘happy’ feeling, without ever losing control or consciousness. The effect reduces anxiety in the brain very effectively. It also works extremely well on significantly dampening a strong gag reflex in those that hate ‘having things in their mouth’! It doesn’t replace a local anaesthetic; that is still used when needed.  At the end of the session. 100% Oxygen is given for a few minutes and the patient returns totally to normal, able to return to work immediately.

So, why not try relaxing gas to overcome the fear – it could be like a breath of fresh air in changing your dental experience forever?