The world of dentistry is a conundrum and amazingly confusing to the general public, particularly in the UK.  People are confused about what can be done, what to expect, what it should cost, what is true and what is not about the dental profession, the practice of dentistry and even the value of it. This is exacerbated by the existence of two very different systems here, operating in parallel and yet with almost no communication with each other. What are they? 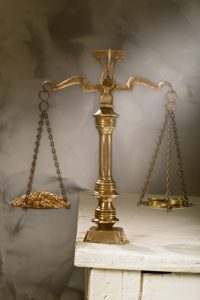 The dental NHS was set up in 1948 as part of the overall NHS, with the best of intentions, to provide a poor and exhausted post-war population with free dental health care.  Meanwhile, a number of practitioners, mostly located in the wealthier parts of the country (e.g. the heart of the richer parts of cities, such as the West End of London) maintained the old ‘private’ system, charging a professional fee directly to their patients without involving any government subsidy.

Over the best part of 70 years, NHS dentistry has not changed all that much.  How could it?  Dentists are still seeing about 30 patients a day, they still can’t afford to provide any treatment other than ‘basic’ and that includes saving teeth (properly), placing implants (available in general dental practice now for about 40 years) and even finally dispensing with the very old fashioned materials of silver and mercury (amalgam).

But what are the facts?

As dentistry has become more sophisticated, it has actually become more technique sensitive and more expensive for the practitioner, so well done procedures very often take more, not less time than they used to.  The fact is that quality dental care simply cannot be provided by a system the country cannot afford, no matter how much it is tweaked and bandaged by the Government of the day.  But no one, not the Government or the dental profession itself will actually tell the cold hard truth….  So, the public continue to expect their NHS dentists to look after their teeth from cradle to grave.  Therefore, when inevitable problems come to the surface, it’s dentists who are demonised for being greedy and putting their own interests ahead of patients’.  How ‘convenient’!

Nevertheless, there has been a general improvement in the public’s dental health and the average length of time most people keep their teeth.  That has been down to the fact that, as flawed as the NHS has been, it did (for many years) encourage everyone to have a twice-yearly dental check-up and scaling and so, at least, raised dental awareness.  Moreover general public knowledge of hygiene, healthier nutrition (notwithstanding the rise in obesity and sugar consumption) and lifestyle as well as peoples’ increased demand for dental and smile aesthetics have all improved dental health over the years.  However, most media motivation comes from toothpaste companies advertising!  Neither the Government nor the profession itself is really active in promoting dental health to the public.  Indeed the press tends to demonise dentists because it makes good press, and the profession itself keeps a low profile and tries to keep out of the public eye…. anything but tell the public ‘the truth’.

Meanwhile, almost all the most exciting and sophisticated advances in dental technology and treatment approaches are advanced by the ‘top end’ private sector (because they can afford to) unlike even the academic teaching institutions that are limited in what they can provide or even teach by the inevitable lack of funds.

The vast majority of NHS dentists are caring, ethical and professional.  Yet, by having practical limitations set on them and not enough time to spend on carrying out appropriate treatments and procedures under ‘the system’, most of them do not enjoy their work and some even hate it. That is terribly sad and can never be to the public and patients’ benefit.

When times are good, many dentists opt to ‘ go private’, where there is much greater potential for job satisfaction. Conversely, in tough times (e.g. in a recession), private dentistry suffers more and then many dentists go for the more secure environment of working under a government subsidy.
People are under the impression that private dentists earn more than NHS colleagues but mostly they do not. They just earn their living in a different way (seeing 5 -12 patients a day instead of 25 – 35).

Most patients think of private dentistry as not only being really expensive (which it is, of course, relative to what they pay under the NHS) but also being obsessed with ‘ cosmetics’. Certainly private dentistry addresses aesthetics (no form of which is available under the NHS obviously) but it does, in general, enable people to keep their teeth healthy, functional, intact and attractive for life. It also promotes (in most cases) a truly preventative approach by being more educational, motivational and instructive simply because it can afford to spend so much more time per patient in doing so.

Finally, there is no culture whatsoever of NHS dentists or dental institutions ever recommending private dentistry, even when they know that certain treatment options are only (realistically and practically) available through the private system. They would rather not offer such information at all than suggest the patient seeks private advice, let alone care.

So that is why the general public simply don’t know what is ‘going on’.  The lack of transparency is truly appalling.