Dental gobbledygook in the press 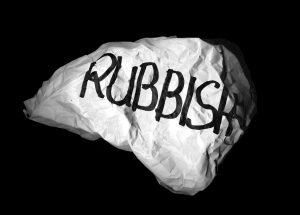 Having read so many articles on dentists and dentistry in the UK press over many years, almost all of it is invariably negative, the headlined article in the Daily Express from 25th October (Fillings could rot your teeth: Shock new research means dentists must rethink treatment) absolutely wins the prize for unbelievable stupidity.

What was it supposed to convey to its readership with its confused and rather poorly structured writing?

So, going through this recent headline article, what were its ‘points’?

Fillings increase decay and cause more decay in otherwise healthy teeth!
So drilling into a tooth with decay somehow ‘miraculously’ causes decay in an adjacent healthy tooth?

Dentists can do more harm than good.
Well yes, in some cases, so can doctors, lawyers, bankers, builders etc. What an ‘interesting’ observation by Professor Walmsley of the British Dental Association!

Doing a filling in one tooth can damage its neighbour.
Obviously if its not done carefully, a dental drill can slip damaging the enamel of the tooth next to it. When surgeons do operations, their scalpel can accidentally ‘nick’ a nerve or blood vessel. That is down to expertise and caution, emphasised in dental schools for ever … not some miraculous ‘new technique that need to be taught’.

The quoted Norwegian study states that a ‘restoration taking place in one place doesn’t solve the problem of decay‘. What on earth does that mean? If all the decay isn’t removed or if a filling is badly placed, then of course putting a filling doesn’t solve the problem! Oh yes a bit of brilliant additional insight …. ‘fillings are not an ideal solution, but the best we have at present‘ (just don’t have them put in because they do more harm than good!).

So this brilliant Norwegian study found that 60% of (healthy?) teeth that were next to a tooth that had a filling also ended up with a filling after five years. Inference …… if you want to cause unnecessary decay in a tooth, stick a filling in its neighbour.

The Norwegian academic, Dr Kopperud advises that dentists need to ‘keep up-to-date’. What brilliant advice. Who doesn’t? For quite a few years dentists, like other professionals, have to maintain a certain level of verifiable ‘continuing education’ in order to remain registered. He advises patients to maintain good oral hygiene after fillings! Interesting …. so people should clean their teeth, but particularly after they have had a filling; presumably more so than if they hadn’t had a filling? He also informs us that eating sugary snacks and not brushing teeth increases the likelihood of decay. Well, I guess most people didn’t know that!

Then our own Birmingham University apparently did some ground breaking research to show that older dentists do worse treatment than their younger less experienced colleagues, because they use old fashioned techniques. I wonder what kind of ‘scientific method‘ validates such a statement? ‘Minimally invasive techniques’ … common sense, I think. Key hole surgery in medicine has replaced many more invasive technique over the years … so the logic is the same in dentistry.

Prof Walmsley re-iterates that ‘fillings are easily the best thing we have at the moment’… so what is he on about? The Sunday Mirror points out that ‘experts’ say that we should avoid sugary snacks and fizzy drinks and (oh yes) remember to brush our teeth properly twice a day. What a stunning revelation for the 21st Century (see below!). Finally Prof Walmsley joins the debate on ‘taxing’ sugary drinks to reduce decay. That might have the same effect as increasing the price of cigarettes on lung cancer and raising the price of beer on alcoholism.

So what would the readership of the Sunday Express conclude? 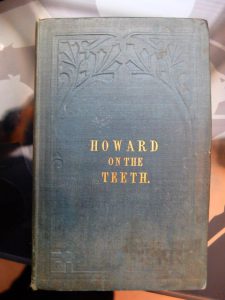 I have a copy of a little booklet published in 1857 (over 150 years ago) called ‘On the loss of Teeth and on the best means of restoring them’ by Thomas Howard, Surgeon Dentist to the Archbishop of Canterbury. In that he states:

“When decay appears in a tooth it should be plugged ( filled) without delay, don’t wait until the tooth causes pain.”

A carefully, well placed filling will preserve a tooth for very many years. He cites a filling he did that had lasted in excess of twenty years. He maintains that filling is still the best way of dealing with decay. Apparently academics 150 years later agree with him . He advises ‘strict cleanliness’ by the use of proper toothbrushes , morning and evening with ‘tooth powder’ . Do you think after 150 years we should have ‘got the message’ ?

I have spent a few years of my professional life in academic (dental research) and understand ‘proper scientific method’. Either these research studies (in Norway and Birmingham) that are referred to are rubbish or they have been hopelessly and inappropriately misquoted.

The conclusions are simple:

And a final thought:

How can a dentist place a good filling if he has five minutes to do it in because he (or she) has to see 35 to 40 patients in an eight hour working day ….. pretty common in many NHS practices these days?