What do they all have in common?
Well, a bruxer is someone who ‘bruxes’; that is they grind their teeth at night. The other three are professionals who work in the City, under a lot of stress and are more likely to exhibit the bruxing habit than most of the population. 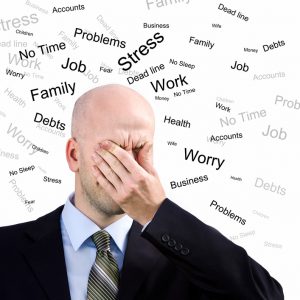 Why is it important?
Tooth grinding is a ‘self destructive habit’. It involves individuals who grind their lower teeth against their upper teeth at night, when they are asleep. They are unlikely to be aware of doing so.

However, ‘others’, sleeping nearby and particularly those in the same bed, are very likely to hear a ‘squeeking, grinding ‘sound. In some cases this can be as disturbing a someone snoring ; in others it can be barely audible. So, aside of potentially disturbing other people’s sleep, this habit results in excessive, accelerated tooth wear and changes in smile aesthetics.

Bruxing manifests itself visually as front teeth that are chipped and worn at the edges and become shorter and shorter, as the edge enamel is worn away.

The edges of all the upper front teeth flatten and ‘even out’, resulting in teeth that are all the same length and start to look short and stubby. Some people might think that such ‘straight’ teeth look attractive. Actually they do not … worn teeth usually make a person look prematurely ‘older’. After all, it should take many years to wear down parts of the body! It is also worth noting that commonly, and particularly so with men, during normal speech it is the lower teeth that are more visible than the upper ones; and in bruxers they wear down and shorten particularly fast…so they can be very visible. After a while, this happens to the side and back teeth as well.

Tooth enamel is very hard. Yet when enamel rubs against enamel it does wear down; just like rubbing one diamond against another and needless to say, enamel does not re-grow!

What are the signs and symptoms of this bad habit?
The obvious signs, as mentioned above, are excessive tooth wear, particularly relative to the individual’s age.

In youngsters, it starts with the points on their canine teeth (particularly the upper ones) wearing down flat . In older age, the height of the face may even shorten or ‘squash down’ a bit. The symptoms are varied; some, all or none of them can manifest. They can include teeth fracturing, headaches, soreness of the jaw chewing muscles (particularly on waking up in the morning), increased sensitivity of teeth to temperature changes and jaw joint problems.

Who is susceptible?
Although there is a strong genetic predisposition, there is no doubt that stress usually plays a very significant role . I have been working in the City for almost twenty years and I certainly see a great number of City workers , most of whom do work under a lot of stress that exhibit this habit , often starting at an early age. Most know they are doing it; they may have been ‘informed’ by a dentist, relative or partner; some have no idea . So, yes it is the bankers, brokers and lawyers that are most likely to exhibit the signs and symptoms.

What happens if the habit is ‘ignored’?
The teeth will continue to wear down at the accelerated rate. The aesthetics and youthfulness of the smile and face will be affected and the teeth will need to be ‘re-built’. That is called reconstructive dentistry. It can mean that multiple porcelain veneers and /or crowns need to be placed on these worn down, shortened teeth to restore their size, shape and appearance to what it would have been without the excessive wear. That is clinically time consuming and rather expensive. How much better to prevent it in the first place! Not only that, but as the teeth become progressively shorter, so it becomes more difficult to restore them.

One ignores this habit at one’s peril (and eventually pays heavily for doing so!

Aside of ‘taking a history ‘ , wearing down of the canine tips is an early indication . The earlier the habit is caught , the earlier interceptive treatment can be instituted , which is easier , less ‘invasive’ , takes less time and effort and costs far less than ‘waiting and delaying’. At that stage just re-building the tips onto those teeth may be enough to protect the others from contact , and therefore wear, during sideways grinding . Even in more advanced wear cases, the canines definitely need rebuilding. However, by that later stage other teeth in front of them (incisors) may also need restoring, otherwise the smile may look a bit ‘vampirish’!

As an alternative, I should mention that the ‘traditional’ treatment is to provide a night guard . That looks (and feels ) a bit like sports mouth guard . The rationale is that one grinds ‘tooth to plastic’ rather than ‘tooth to tooth’. That’s fine EXCEPT that instead of placing it onto the teeth, most people quickly end up leaving the appliance on the bed side table, where it is rather ‘ineffective’!

The photographs are of me. I was just an overworked, stressed out dentist … who ignored the habit. So I ended up having six upper AND six lower porcelain veneers. My own daughter inherited the same habit from me, but because I caught it early, I just restored her canine tips and ‘saved’ all her incisors from damage.

So if you are an overworked, stressed out banker, broker or lawyer, be warned and take heed.